Up until today XMR had been in a choppy range trade between 65 - 75, one that was pressing
up against the medium term downtrend line as it extended. Today that line broke, leading to a significant rally to the upside to test the EMAs, which have acted as resistance so far.

That pretty much brings us up to speed, which means we can turn to the daily chart below for a look at the technicals. The most relevant feature today is the breakout above the downtrend off of the 265 highs, as well as the fact that price is now above volume profile PoC (which, btw, looks much better). Additionally, the 200-day SMA ended up holding as support, we still have a working [members-only text], and we have a [members-only text] for the first time in quite awhile.
Not only that, but momentum looks very good as well right now. Willy remains officially oversold, RSI and the Stochastic have reversed to the upside, MACD still has a beautiful bullish divergence working, and PPO is flashing strong buy signals.

On the other hand, the volume indicators are not painting as rosy a picture considering the A/D line has barely ticked up, exchange volumes are weak, and volume profile still needs some filling in before [members-only text]. 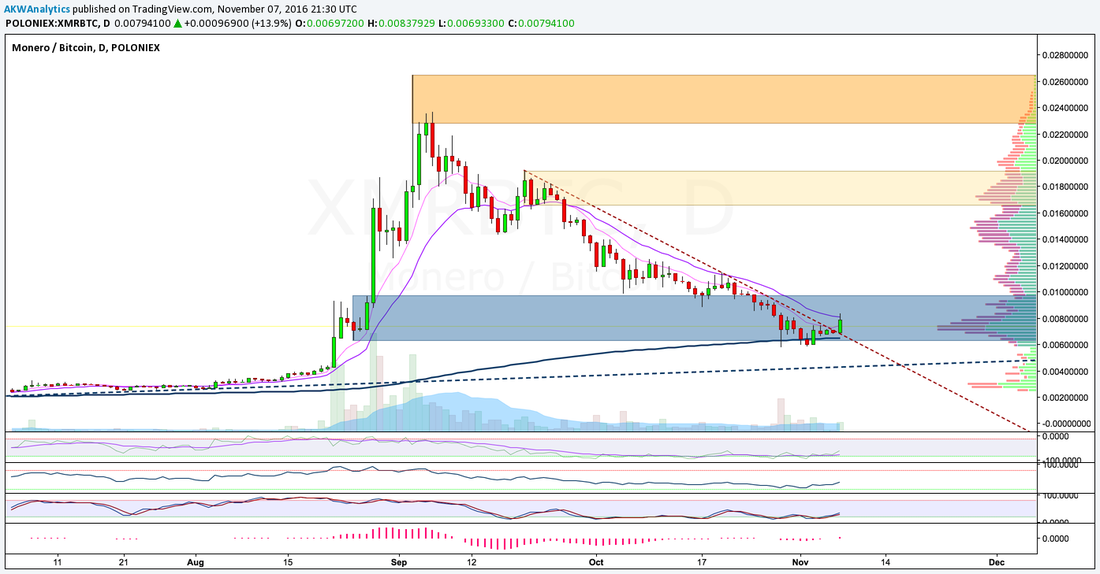