As usual, we will refrain from making judgements about the fundamentals of Ether given the controversy continues to run high following months of hard forks. Therefore, we jump straight into the technical action by taking a look at the 3-day and 6-hour charts for a nice mix of medium and short term perspectives.

We start with the 3-day which continues to show a steady bleed lower despite what should be rather encouraging signs.  While the momentum indicators can't possibly get much more oversold, SCMR continues to paint both [members-only text] and new [members-only text].  Another should-be positive signal is the fact that it looks like we will get another hammer candle when this one paints, although that happened last week as well and price continued lower anyway.  Finally, while volume profile and the A/D line remain bullish, actual exchange volumes are still confirming the bear market even if they are relatively low.  Generally speaking, we still don't see a legitimate technical reason to try to catch this falling knife even though it may be tempting to do so from a risk/reward perspective, which is why we need to take a look at the 6-hour chart for short term granularity.
​
The downtrend off of the 160 spike highs remains intact and SCMR has yet to [members-only text],both of which clearly mean that we still don't have a [members-only text] yet.  What we do have is a series of choppy red and blue candles with some bearish pivots thrown in, but again no indication that a reversal has occurred just yet. Additionally, Willy and RSI are no longer oversold, the Stochastic looks ready to roll over again in no man's land, and the A/D line continues to head lower on this timeframe.  While PPO is still flashing buy signals and price is below the volume profile value area, the market continues to struggle to get any juice to the upside at all.  This is likely a combination of negative fundamental and technical influences. 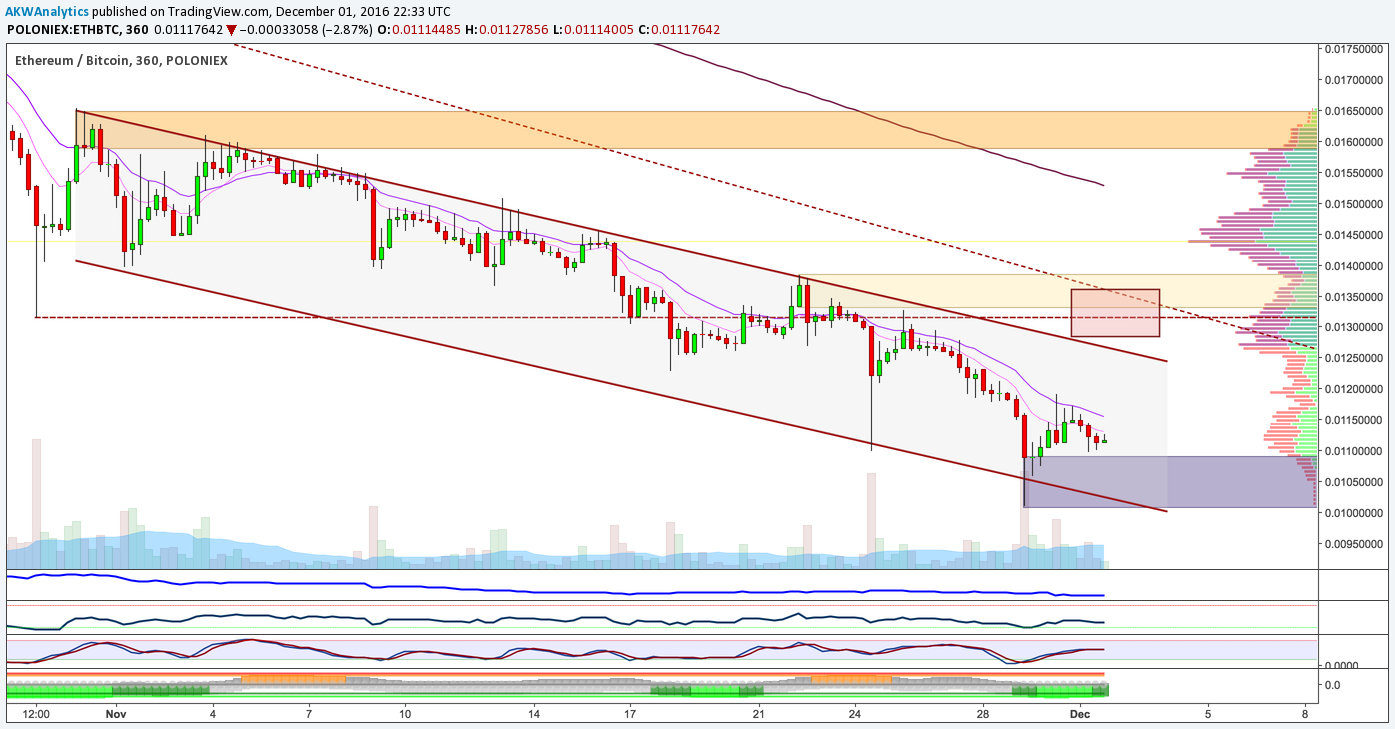