ETC has been on quite a run recently as favorable technicals combined with improving fundamentals encouraged investors to take another look at the Ethereum offshoot.  While we have been generally bullish on this coin for quite some time, hence why we continue to own it, it has been a long and frustrating wait for meaningful upside.  Now that we seem to have a confirmed bottom at [members-only text] bulls feel free to market buy coins near multi-month highs, although we know that this euphoria is most often a sign of at least a near term top.

To confirm whether or not this is the case, we take a look at the 12-hour chart below.  We can see that the rally has been, and continues to be, strong considering SCMR is painting [members-only text] while new, and very strong, dynamic support builds around the [members-only text] level. Additionally, the A/D line is starting to tick up, trading volumes are generally bullish, and market structure remains favorable.  From a longer term perspective, these indications seem to be pointing to [members-only text] over the coming months, however there are other signs that have us more cautious from a shorter term perspective.

Notice that momentum leaves much to be desired given Willy is officially overbought, the Stochastic is getting close to 80, RSI and MACD are showing bearish divergences, and PPO is still flashing strong sell signals. Additionally, there is fairly heavy resistance overhead in the form of the [members-only text] area as well as the 200-period SMA around 150, and there remains a large volume profile notch down around the [members-only text] area that could use some filling in.

While there is the possibility of a final extension up into the medium term OTE short zone between [members-only text], we think this rally is close to coming to an end.  The main reason for our current skepticism is that it looks to us like the market is very close to completing a textbook Wyckoff sell model on overbought conditions.  This makes at least a corrective selloff increasingly likely, however we would still be [members-only text] in order to [members-only text].
ETC ProTrade Ideas: 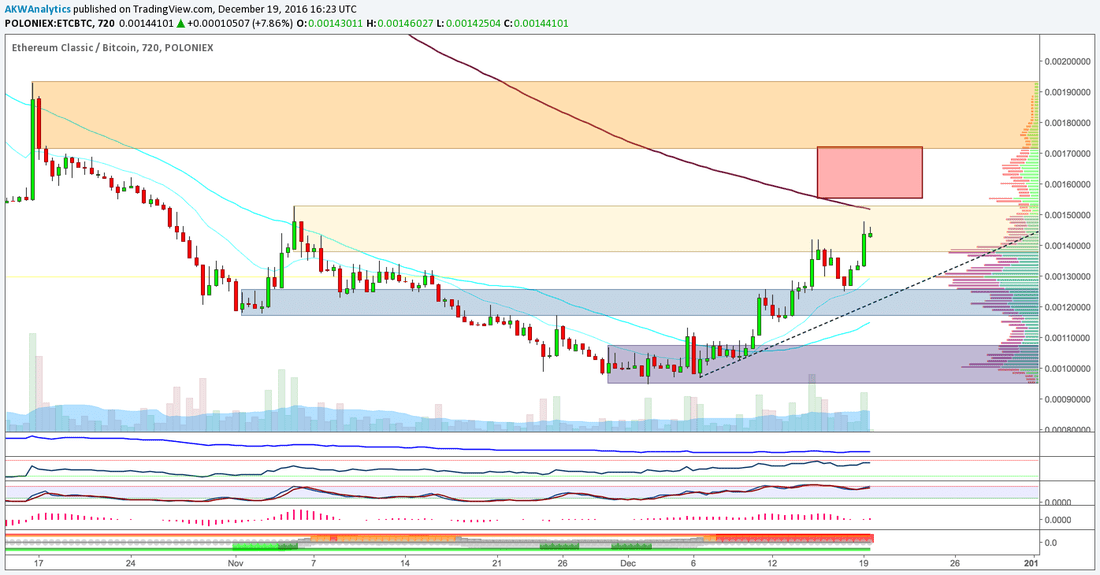