This weekend worked out quite nicely for BBA considering we were able to activate the updated ST ProTrade near the lows on Friday and were able to exit near the highs early yesterday morning. Since then the market has retraced as expected back into the mid-1700's $ where price currently treads water as it waits for either a technical or a fundamental catalyst to push it one way or the other. Given the recent action, and the indications we will discuss below, we think we very well could be in a [members-only text] prior to [members-only text], however we cannot rule out an extension to the downside considering how far the market has run so far in 2017.  Having said that, the fundamentals appear to be stable for the time being and we see nothing on the charts that is [members-only text], therefore we will continue to follow the game plan of [members-only text] or [members-only text] with tight stops.

Today we shift back to the 6-hour chart for a look at the post-weekend technical setup.  We can see that SCMR is undeniably [members-only text] given a [members-only text] bar yesterday following the 1815 $ local highs, and now we have [members-only text] within the pennant formation, while near term market structure continues to come in somewhat bearish.  Additionally, we still don't have any new dynamic support until down around the [members-only text] level, there is a substantial volume profile notch between [members-only text], and there is now noteworthy resistance in the ATH supply area.  On the other hand, price was rejected out of the upper [members-only text] zone once again thus creating yet another hammer candle and another touchpoint on the pennant, and the Ichimoku Cloud remains firmly bullish, all good signs for more upside eventually.

As far as momentum and volume are concerned, we can see that Willy and RSI are recharging quite nicely while price continues to consolidate, the Stochastic is treading water in no man's land, MACD has stabilized, and PPO is flashing weak buy signals.  Additionally, trading volume continues to support [members-only text], as does the A/D line, although volume profile does leave quite a bit to be desired.  That said, we see no reason to deviate from a generally bullish bias at this time, especially considering the pennant pattern and the recharging momentum oscillators. 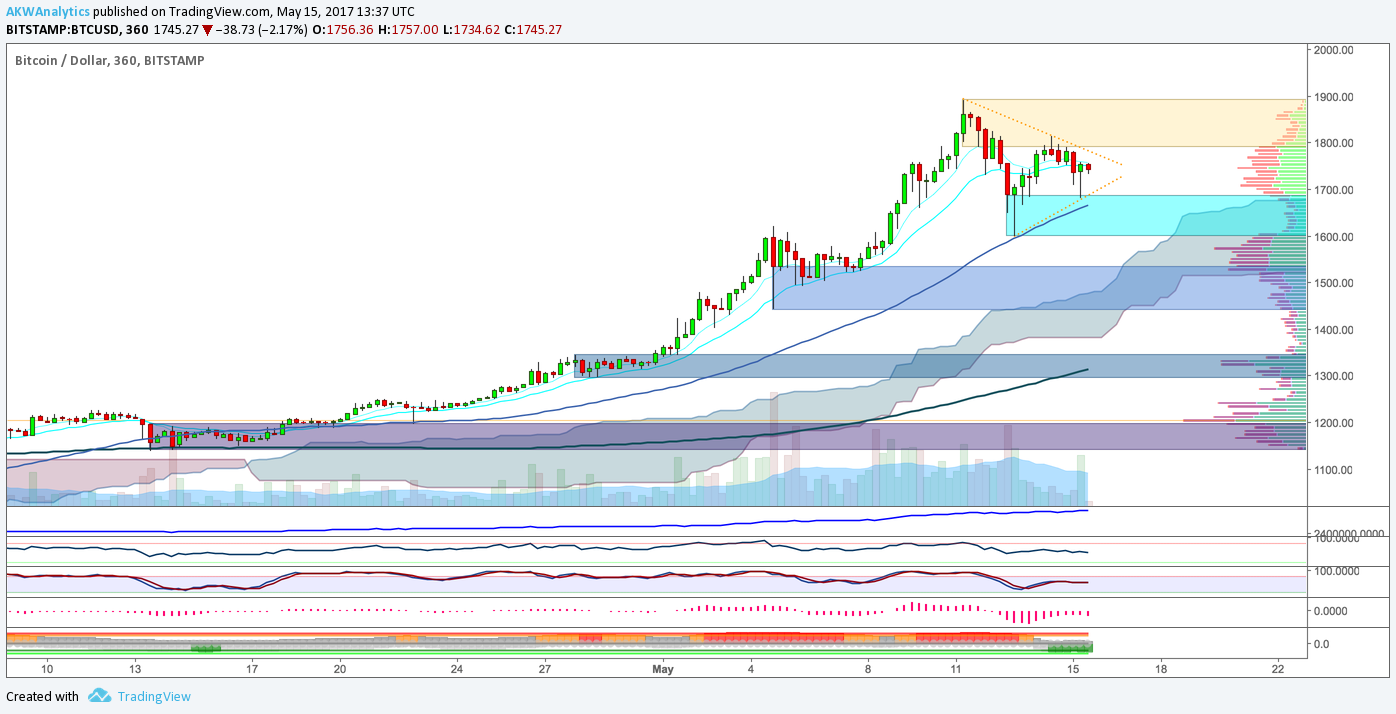 The daily chart looks even more mixed than the 6-hour above, however here too we think the action is hinting at what is still a bullish market bias.  While price does remain pinned up in the Fibonacci extension area on what is a fairly [members-only text] hodge-podge of SCMR [members-only text]candles, multiple bullish hammer rejections down below this zone make us think that the bulls are still in control (as does the aforementioned pennant).  Additionally, market structure doesn't look nearly as bad on this timeframe as it does on the shorter term charts, so we want to wait and see what the market does before [members-only text].

Back to momentum and volume, notice that RSI and the Stochastic have both started to recharge a bit over the past few days, however Willy remains overbought, MACD continues to head lower towards the zeroline, and PPO is still flashing strong sell signals.  Conversely, exchanges volumes remain bullish, the A/D line continues to head higher, and volume profile looks decent other than some thin air down to the [members-only text] area (also the previous ATH's). While we are maintaining our bullish bias for the time being given the technicals on both charts today, if price breaks down out of the pennant and below the 50 SMA on volume (both sitting between [members-only text]) then we could be looking at a more significant correction down to test those old ATH's prior to a resumption of the bull market. 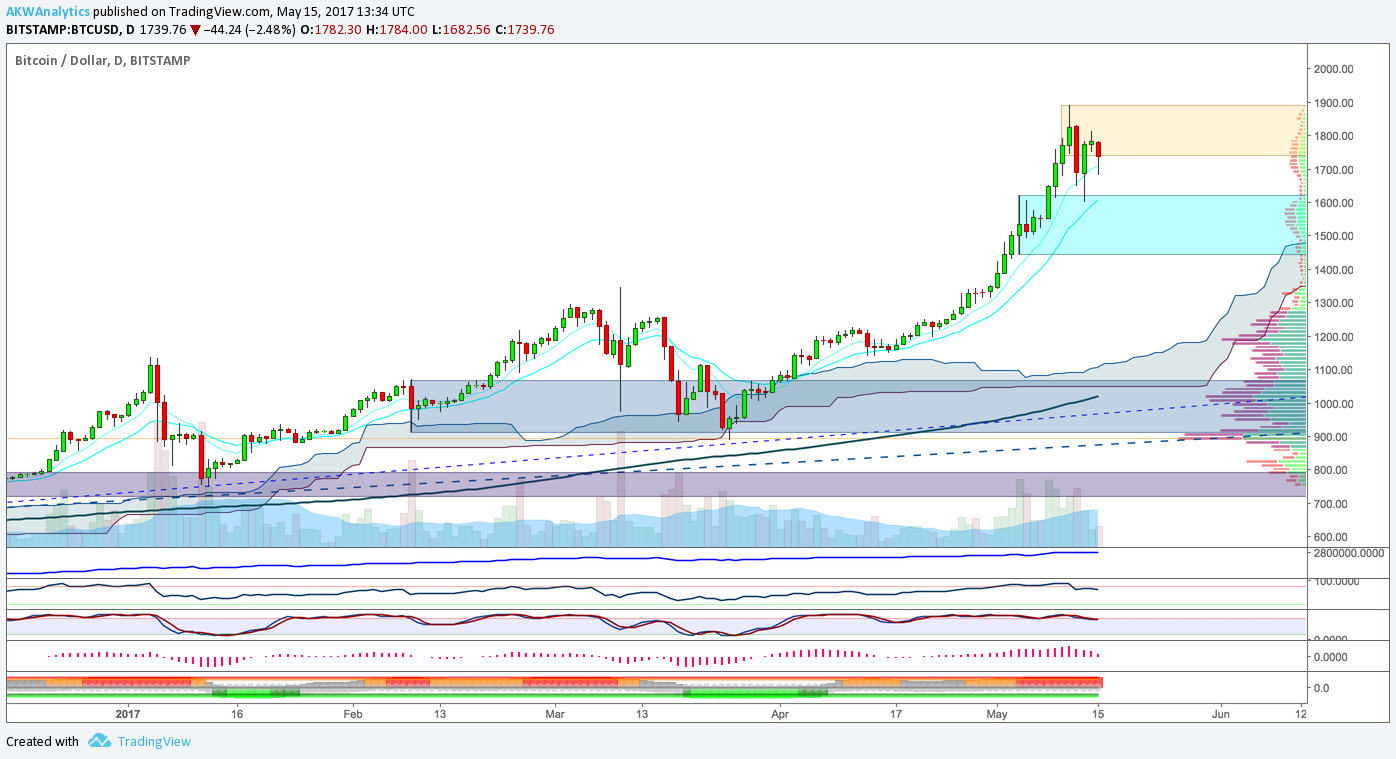 For now we are fine with sitting back and watching the market chop around trying to find near term directionality.  Following the successful execution of the weekend ProTrade, we feel comfortable relaxing a bit and letting the market come to us once again rather than trying to chase small returns in a tightening range.  Capital preservation and risk management will become paramount until we are clearly trending one way or the other once again, although for the time being we will assume the generally bullish consolidation remains in effect until further notice.
SUBSCRIBE FOR COMPLETE FORECAST
Posted ProTrade Ideas: